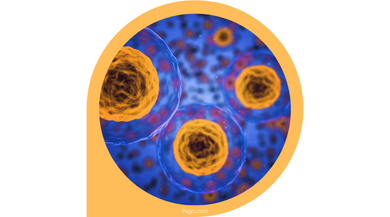 B cells are a type of lymphocyte that produces antibodies. Antibodies help fight against infections and foreign substances that enter the body.

B cells do not directly kill pathogens, but rather induce other immune cells to destroy them or signal for their destruction by macrophages and neutrophils.

Unlike T-cells, B-cells cannot travel freely throughout the body and must be transported via fluid from one part of the body to another in order to reach their destination.

The most common way this happens is through white blood cells called monocytes which take up residence in tissue near an infection site before turning into dendritic cells or macrophages, picking up nearby B-cell signals for help as they go. 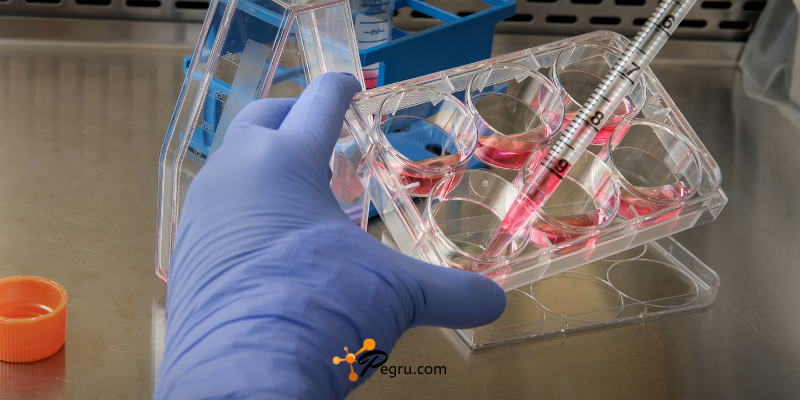 In addition, some small proteins called cytokines help B-cells find their way to infection sites. Once there, they can differentiate into plasma cells (cells that make antibodies) or long-term memory B-cells.

What does all this mean? Well, when you get sick, for example with a bad cold, your immune system sends out signals to the bone marrow making it produce more B-cells, and those same B-cells turn into plasma cells.

Plasma cells make a specific kind of antibody to the virus you got the cold from. If they don’t, chances are your cold will come back even worse next time since they would not be able to help fight off the infection as effectively.

What is a B cell and what does it do

B cells are the white blood cells, also known as lymphocytes, that play a key role in our immune system.

They’re one of five different types of lymphocyte (the others being T cells, natural killer cells, macrophages, and neutrophils).

B cells mature in the bone marrow; when they reach full maturity they leave the bone marrow where they began their journey and travel through the bloodstream.

How does a B cell work

B cells produce and secrete antibodies (also known as immunoglobulins) which bind to specific antigens that are found on the surface of pathogens such as bacteria and viruses.

These antibodies tag the pathogens for destruction by other white blood cells, which is why we often say B-cells “make antibodies.” Apart from making antibodies, B-cells are also responsible for generating an immune memory.

This means that if the same pathogen enters your body again, your immune system quickly recognizes it and is able to destroy it much more quickly.

B cells are activated in two main ways:

1) When they bind with their specific antigen found on the surface of a pathogen, they become activated and start to divide, making more cells that can bind to the same antigen.

The cells that are created as a result of this process include plasma B-cells (which will eventually make antibodies) and memory B-cells, which keep a record of pathogens you’ve encountered before so that your immune system can quickly recognize them if you’re exposed to them again.

2) They can be activated by helper T cells, which release cytokines that activate B-cells and make antibody producing plasma cells, as well as memory B-cells.

B cells also have a role in allergic reactions, a reaction called a Type 2 hypersensitivity reaction. When someone has an allergy their immune system mistakes a harmless substance, such as pollen or peanuts, for a pathogen.

In response, the B-cells release antibodies called IgE which attach to mast cells in the lungs and tissues of the respiratory system. When something that someone is allergic to enters their body, these IgE molecules bind with it and trigger the mast cells to release histamine and other chemicals, leading to an allergic reaction.

B-cells also play a role in autoimmune diseases such as type 1 diabetes and rheumatoid arthritis. This is where the immune system mistakenly attacks parts of its own body rather than pathogens. In these cases, B cells produce antibodies that cause inflammation and damage tissue.

What does it mean if I have a B-cell deficiency?

A complete lack of B-cells is called agammaglobulinemia. This condition leaves someone without any protection from infections and can be life-threatening.

When is a B-cell deficiency diagnosed?

Diagnosis usually begins with the identification of the symptoms, which often include recurrent sinus and ear infections.

Laboratory tests, such as complete blood count (CBC) and blood antibody tests, can then be used to look for abnormalities that might indicate a B-cell deficiency. An X-ray, CT scan, or MRI of the sinuses can also help in diagnosing recurrent sinus infections.

How is a B-cell deficiency treated?

It’s important to treat any bacterial or viral infections early on. Chronic or severe infections can cause complications, such as bronchiectasis (chronic damage and widening of the lung’s air passages) and malnutrition (when a chronic infection prevents someone from absorbing nutrients properly).

What is the prognosis of someone with a B-cell deficiency?

People who have B-cell deficiencies can lead normal, healthy lives if they follow their treatment plan and take steps to prevent infections by staying away from people who are sick or who have recently been sick, washing hands often, and not touching their eyes, nose, or mouth.

In a T-cell deficiency, there are too few helper T cells, which indicates that the immune system is not able to effectively respond to an antigen because it doesn’t have enough “helpers” to get rid of pathogens.

In a B-cell deficiency, there are too few B cells which means that the immune system doesn’t have enough antibodies to fight off pathogens.

Are deficiencies in T or B cells inherited?

Is there a genetic test for B cells?

What causes a T or B cell deficiency?

T and B cell deficiencies can be inherited or acquired. If they are inherited, it means that the person has a mutation in one of their genes which causes cells to not work properly.

Acquired T and B cell deficiencies are caused by factors such as infection, radiation, chemotherapy, medications, autoimmune diseases, malnutrition, or cancer.

Why are they so important to our immune system?

T and B cells work together to protect us from infection. They both have important roles in fighting infection.

T cells help the body’s immune system recognize foreign substances that shouldn’t be in the body, such as viruses or bacteria.

They also help coordinate a response by releasing proteins called cytokines which tell other components of the immune system what they need to do.

B cells help the body make antibodies that tag viruses and bacteria for destruction by phagocytes (white blood cells) and other mechanisms that lead to killing the pathogens.

I hope you found this article about how b cells work to be helpful. There are many different types of immune system cells, and it’s important for us all to know more about them in order to protect ourselves against infectious diseases or viruses that may try to attack our bodies.

This is just one example of the complex world inside our own selves that scientists are only now beginning to understand better through research.

If you have any questions or thoughts, feel free to leave a comment below!