Even our cars deserve a little bit of security to be able to stay safer like the rest of our properties. There are valuable assets that need to be protected from any form of harm directed towards them.

We all are familiar with the act of using a key to lock our car but that has been breached, just bear in mind that there is no form of security measure that hasn’t been breached by hoodlums and criminals all over the world. 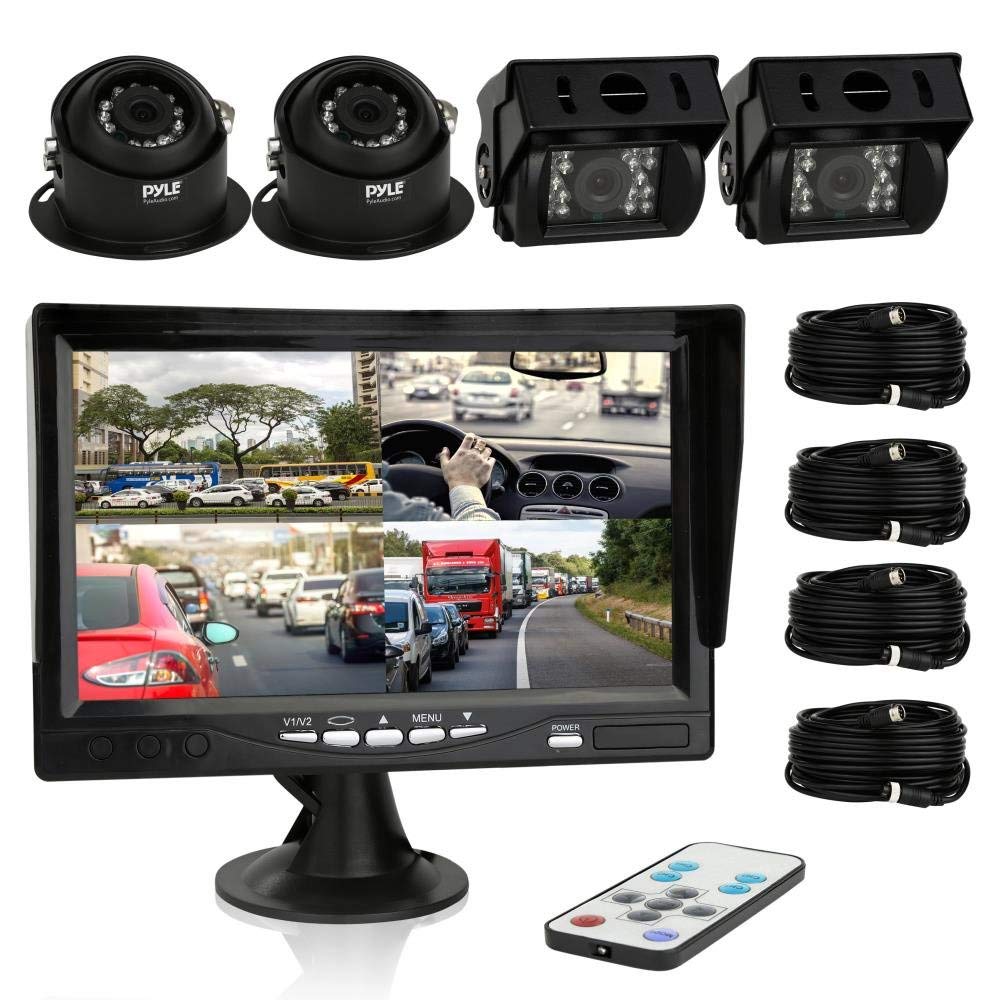 But I can assure you that there is a way to improve the security of your car, you should give up on securing such a valuable asset.

We should all be grateful to the high rise in technology for the kind of life we live today because, without these technological discoveries, the world will be a difficult place to live in.

The improvement to the security of your car that was mentioned in the previous paragraph is the provision of security cameras for cars.

These security cameras are unique and are built mainly for the purpose of surveillance around the location which they are been mounted, to observe and view movement that may occur within the area.

It is very frustrating to find out that your car which you parked somewhere, either in your garage or a parking lot has been broken into, vandalized, its tire punctured or slashed and so on.

This can turn out to be a very ugly sight for the car owner who really doesn’t know where to start from with such an issue. If this car was equipped with a security camera, the case would have been different.

Car security cameras come in different ways, forms and shape, performing the same function of surveillance of the car. It all depends on the situation by which you park your car and your taste.

The following below are various forms of car security cameras;

HD Surveillance Cameras For Your Vehicle

As the name implies, HD, and I am sure that we all are aware of what HD means. These unique set of cameras are equipped with over 1080p or higher resolution in order to produce clearer images that will make it easy to see people and objects.

This camera is capable of the face of a human clearly without any form of blur or ripples.

They come with high-quality video resolution so no matter when you place them, just be rest assured that you will be receiving the best images possible of that location which is covered by the camera. It is better to have the video record of your car in high quality so as to make it easier to detect the person trying to break in and steal your car.

You can place them anywhere, either in your garage where you park, your dashboard, your side mirror and so on. Just make sure you attached to an HD compatible device so as to receive the quality which you previously asked for.

Yes, it is being recorded by the FBI that over 70% of the car breaks in and reports of stolen vehicles have occurred in the night. This is the time when most of us are probably asleep and can’t just come outside at the sound of noise making it easy for the burglars to quickly steal the car. 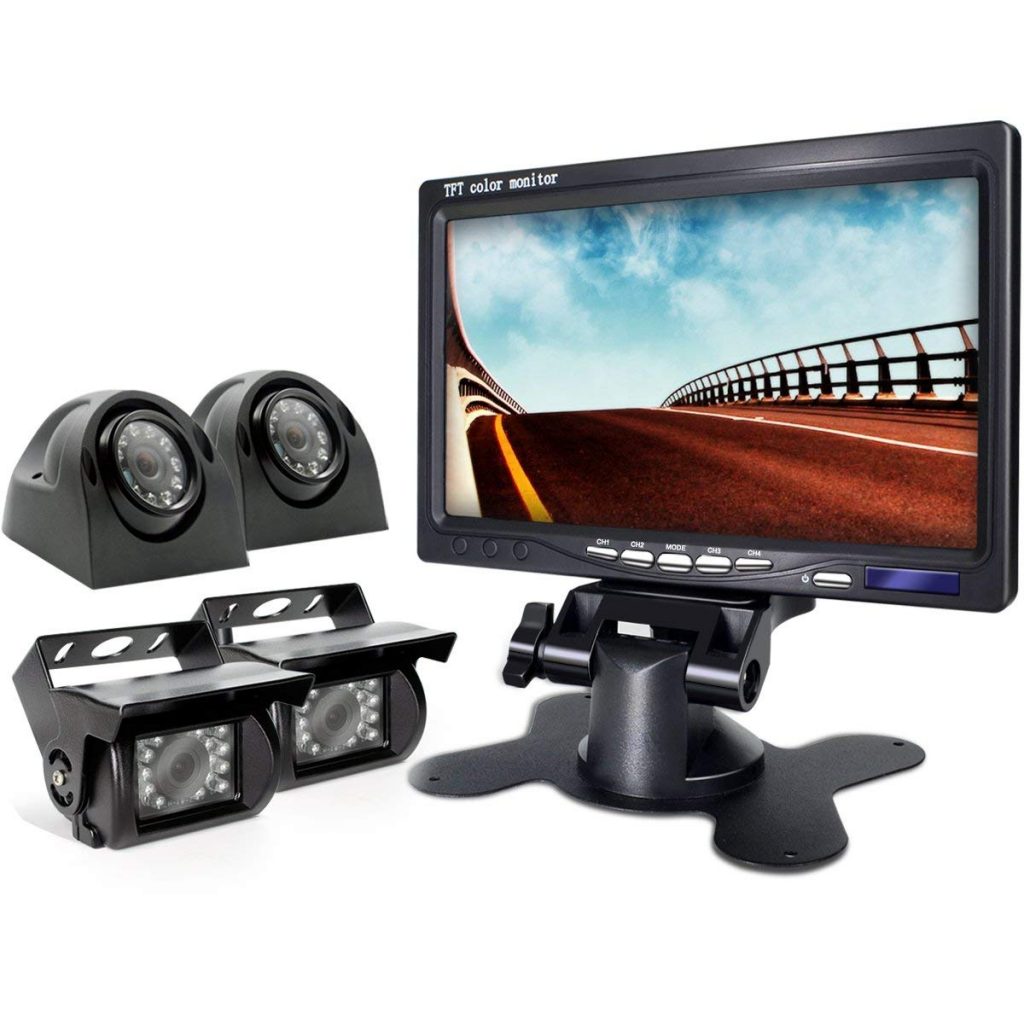 This particular camera is equipped night vision, which is mostly used by the military gives you the ability to see things in low light conditions which mostly occurs at night.

At night, the only light available is the moonlight and it is not as bright as the sun. This hinders the ability to see clearly in human, unlike most animals. But with the help of night vision goggles or lenses, there will be an improved sight of the object or person in front of us.

These cameras can be stationed around the area where your car is parked all through the night and when view on screen, you will be able to get a better view of what is going on around your car at night.

When you hear waterproof, you should know what is coming next. Anything that is waterproof is simply resistant to the effect of water.

Most technological instruments like some mobile phones have this feature. Such devices like this have the ability to function properly even when they come in contact with any form of water mostly in its liquid state.

These kinds of cameras are mostly found in the open somewhere outside the house facing the parking space of the yard. When rain falls, there is still no loss in connection because they can be affected by water in any way; they are perfectly designed for that purpose.

For those of you whose cars are not in a garage, I recommend you go for one of these cameras to enjoy your car surveillance to the fullest.

This simply means that when an object changes its previous location to a new one within an environment, it has undergone motion. This can be detected without the need for human sight but with the use of motion detectors.

These cameras are equipped with these motion detectors which will enable them to detect any form of movement that may occur within the region.

Once movement is being detected in that location which it is placed, it starts to record a video starting from the time the first movement was initiated. Immediately this camera begins to record, it is simply telling you that there is someone or something lurking around your car.

These cameras help to increase and enhance the security of our cars. Whether you have been a victim of car theft or not, I strongly recommend that you introduce one of these into your car or parking lot in order to improve safety.